Here are some dialog samples that demonstrate a variety of styles and function, including branching dialog and linear cinematic dialog. These demonstrate how I use dialog to offer depth while also informing the player about new game play. These samples include media written in Twine, Yarn, and as standard cinematic screenplay.

I wrote the first dialog between CLARA and ALPHA-9 for the opening moments of Vegas Prime Retrograde, establishing the narrative style and tone of the experience as well as the two characters central to the opening level. The dialog was initially written as a script suitable for a cinematic or teaser trailer.

I then brought the dialog into twine and fleshed out some small, but important branching paths that offer lore and help to the player. The twine dialog was imported into Unity3d and implemented in game, a newly interactive version of the same scene, with voice acted character lines and a visual-novel inspired presentation. The player is able to engage with ALPHA-9 in a way that exposes the lore of Vegas Prime as well as hinting at deeper story points that affect CLARA directly.

You can download the entire scene here. Here is a small portion. 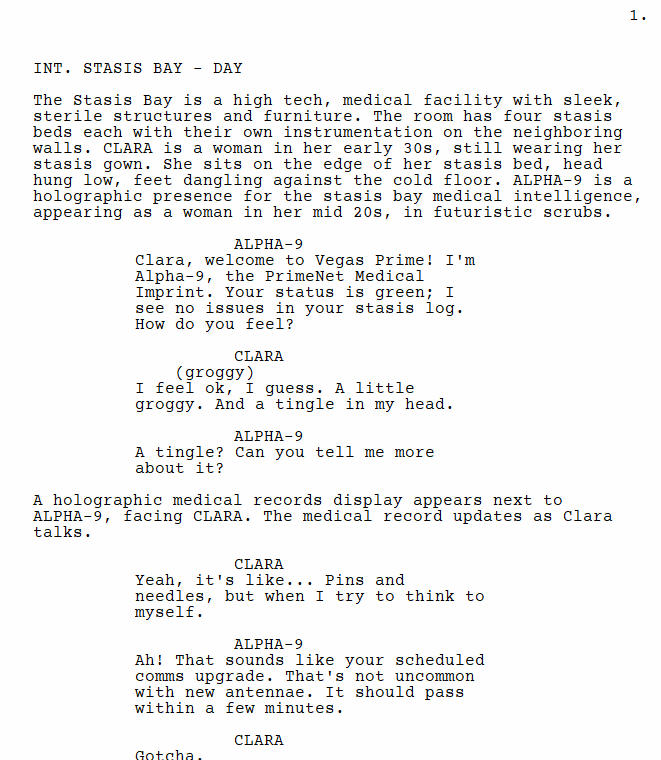 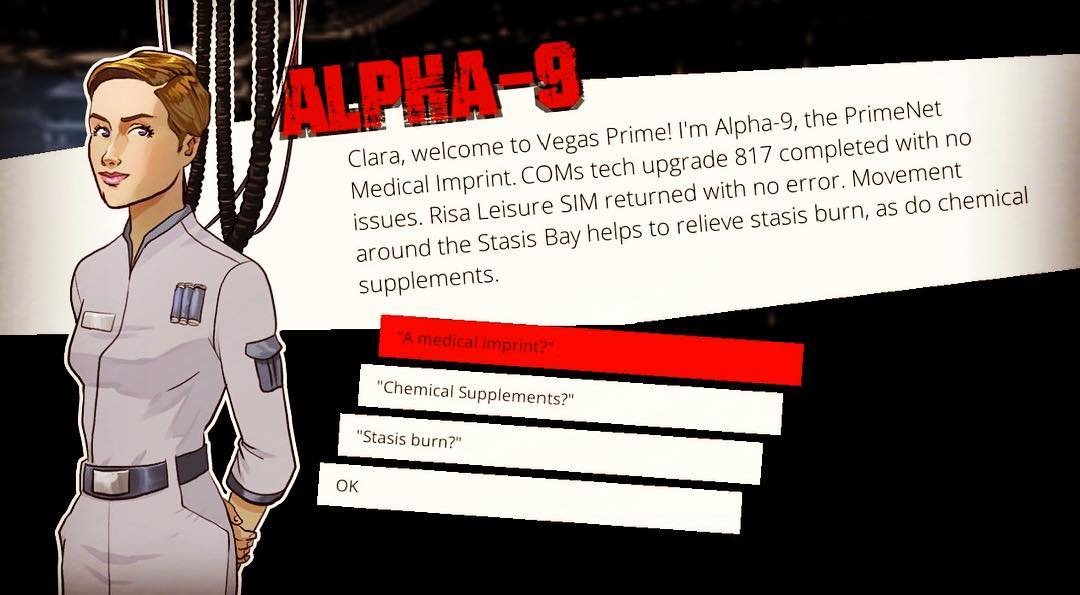 I wrote the dialog between the player and the "handler" XENO STEIGER for HVCKGNOSYS. Each mission starts with dialog, each option revealing lore and offering hints that explain what the mission will entail, while advancing a linear story.

The yarn script for each mission was imported into Unity3d and presented to the user as a breather before each mission. The Yarn format imports directly into Unity3d with minimal fuss, but programmatic sugar was added for localization and as markup for displaying character images while speaking.

This dialog was written in Yarn. You can download the entire Yarn script here. 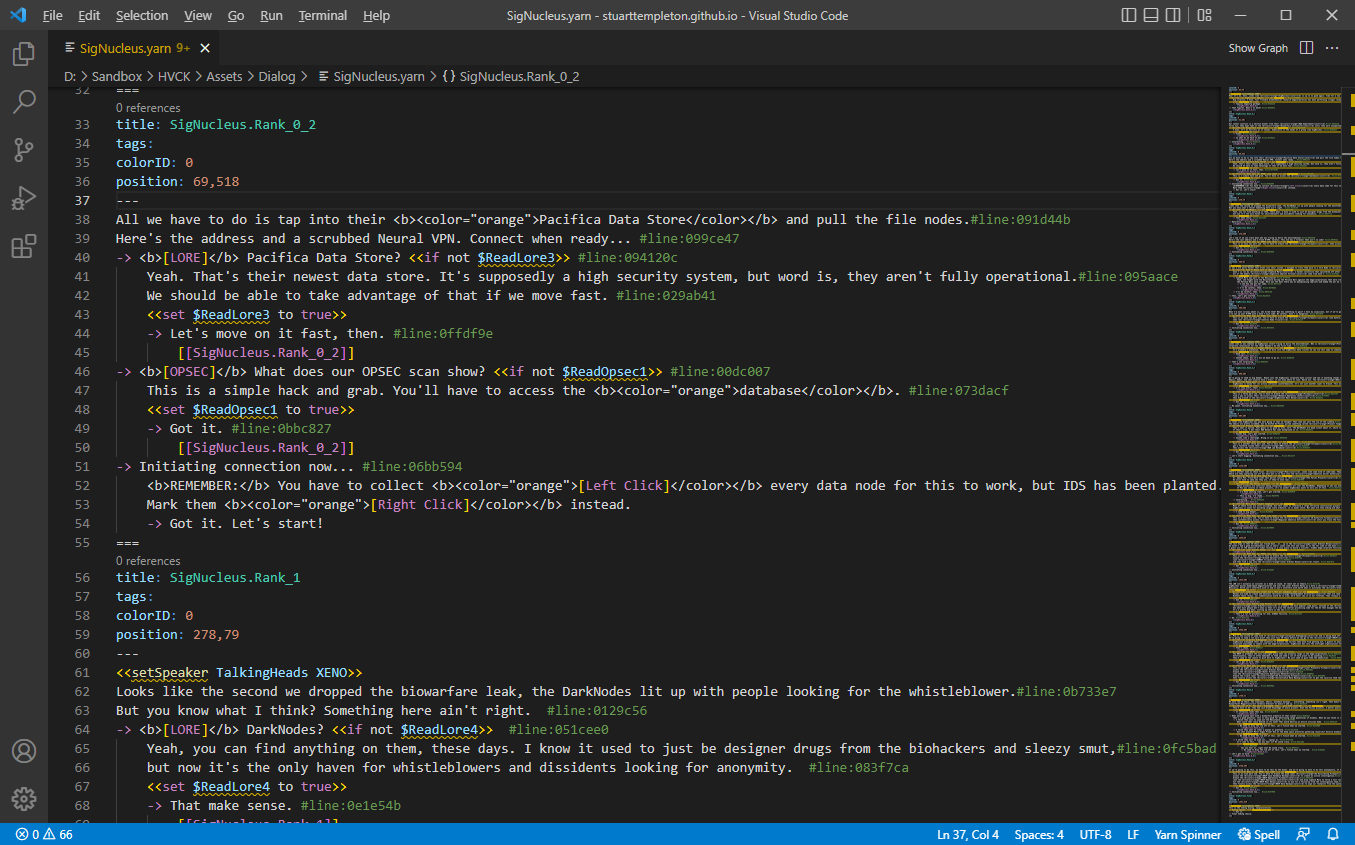 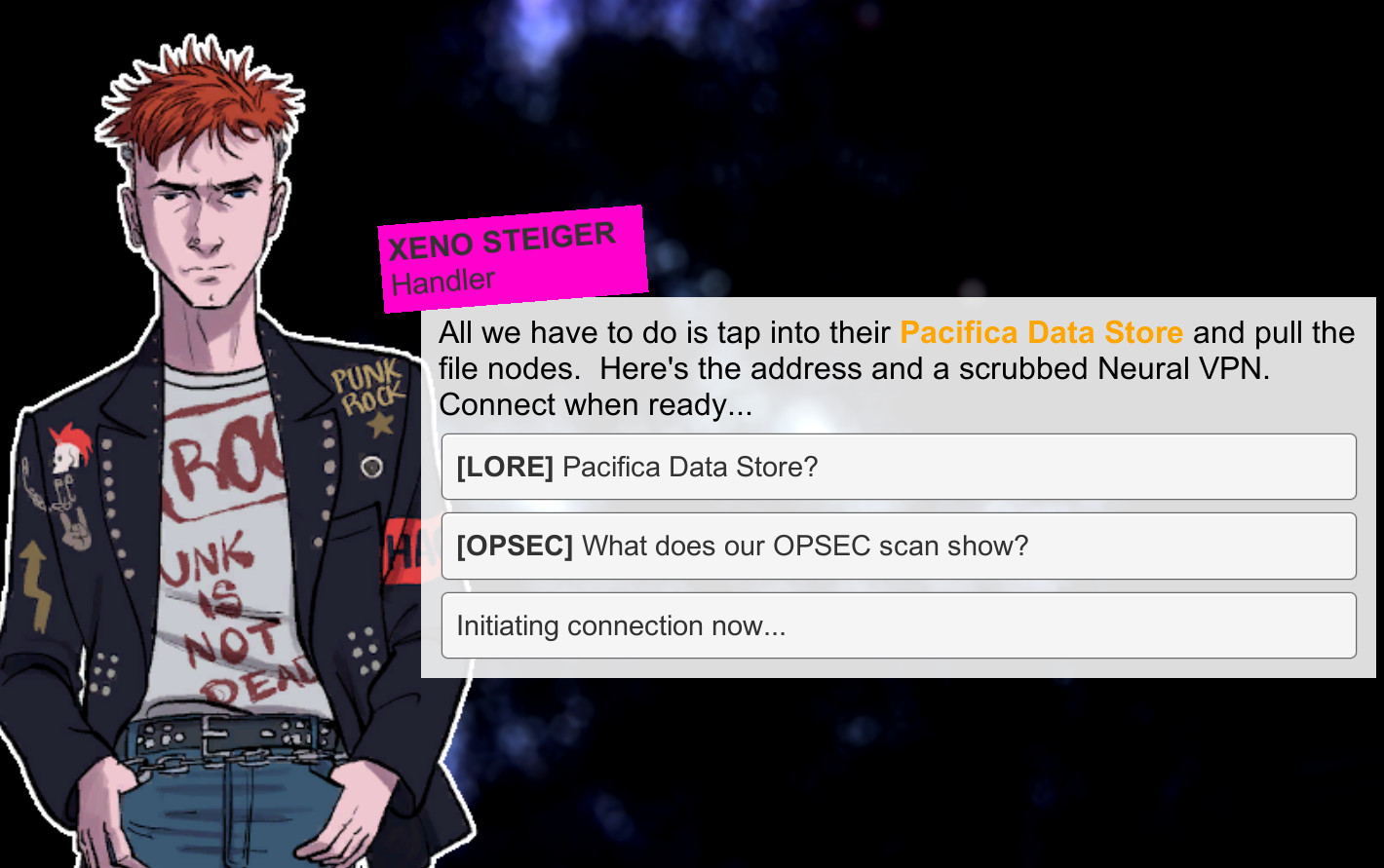